A Challenge to Your Intellect 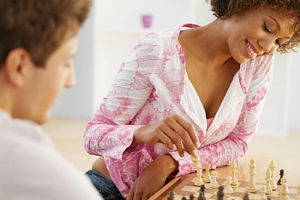 If a person you are considering dating is drop dead gorgeous but had no intellect would that matter. Would beauty ultimately win over brains

When dating someone, one of the key factors or first things a person may notice is the physical attributes of the individual they are interested in. It could be a pretty face, thin waist with hips and legs to match or a clean cut, tough body and well groomed man who takes the cake but is it the physical beauty the only thing sending you over the edge?

Statistics have shown that the physicality of a person has played a significant role for individuals when dating or looking for a significant other. Additional factors such as employment, goals in life, lifestyle, background, etc. are also other characteristics people look into but for many, the outer appearance still wins.

Usually a person’s outer beauty influences a portion of what people look for in their significant other but how much influence does it entail. Is it the physical attraction that plays such a important role when dating someone that people are blind-sided by their true character?

Has society become so shallow that it has influenced us to choose our partners solely based on looks? Personal self-esteem issues or the idea of not having someone look the par on your arm has become a major issue for some people. Setting standards when looking for a significant other is vital when dating but do you continuously choose beauty over the true character of a person?