Interracial Dating: Finding true love wherever your heart leads you. 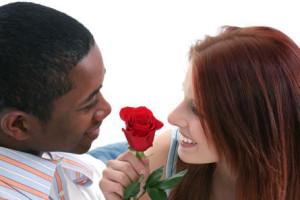 The data shows we are becoming much more of an integrated, multi-racial society,” says demographer William Frey of the Brookings Institution.Says sociologist Dan Lichter of Cornell University in Ithaca, N.Y., “This is a movement toward a post-racial society, but most social scientists would agree we’re a long way from a colorblind or post-racial society.

“Race is still a category that separates and divides us,” but “this might be evidence that some of the historical boundaries that separate the races are breaking down,” Lichter says.

Christelyn Karazin, 38, of Temecula, Calif., on Friday celebrates the 10th anniversary of her marriage to Michael Karazin, 39. She is black; he is white.

She says the Internet has allowed more people of different races to interact. She and her husband, who met online, “would never have met” otherwise. “He’s from Westport, Conn. His father is a judge. My parents are from the country in Texas. My mom picked cotton.”

Other trends in households:

•Households with just one person increased from 25.8% to 26.7%; among cities with 100,000 or more people, Atlanta and Washington had the highest percentage of one-person households, both 44%.

•Households with three or more generations rose from 3.9 million to 5.1 million; 9% of households in Hawaii were multigenerational, the highest percentage of any state.

Which proves that, finding love does not have a boundary nor specific expectation but instead can be found with an open mind and heart.