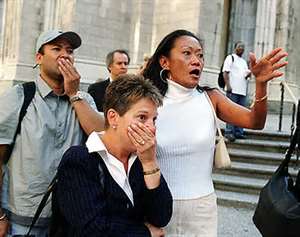 I just wanted to share a few interesting facts about dating and relationships today! Some shocked me, some I already knew, and some were just a little bit weird….

1. Did you know speed dating was invented by a rabbi? In Los Angeles in 1999, it was created, based on a Jewish tradition of chaperoned gatherings of young Jewish singles. So if you’ve been speed dating, thank the rabbis.
2. 1 in 3 teenagers have been through violence in a dating relationship. Sadly, I’m not too shocked by this which is horrible. I have not personally experienced this but I have friends that have. It is the worst.
3. It takes between 12 to 14 dates on average, before a couple will exchange house keys. It kind of sounds like a lot of dates but I kind of think that’s moving a bit too fast…
4. On free dating sites, there are at least 10% of new accounts that are actually scammers. Not surprising… that’s what you get when you don’t offer background checks!
5. The third week of September is declared National Singles Week in the United States. Nice to know that there’s an official week designated for singles..
6. Dating specialists actually suggest that people should wait until the third date with someone to cook someone dinner at home. Kind of surprising to me because why not earlier?
7. Over 50% of all single people in America have not had a date in more than 2 years. 2 YEARS! Don’t be afraid to get out there!

I’ll reveal some more interesting facts sometime in the future… but did some facts shock you as well? Surprised? Me too…

Posted on: January 15th, 2013 by Executive Matchmaker Romella Battle
Don’t forget about the special new year’s promo code of 10% off ANY membership! Lasts until this Friday! Enter “8YG” for your special discount!

The newest trends in online dating sites are the following:

1) More Hookups. (Last year online, there were more than 17 million people that tried to cyberflirt their way to a love connection. More sites. More people. More opportunities to have that first date kiss.)
2) Niche Markets. (There are at least 92 million single Americans. There are dating sites that people go to and where there’s less people, there’s a chance that you will meet someone that has more in common with you.)
3) Tasting Different Flavors. (There are successful sites like Jewish Singles “JDate” that can prove that ethnic-specific dating sites really do have a market!)
4) The Rise of Non-Date Dating Sites (Facebook is basically a dating site as it is to a social network. Mashable actually asked readers the question “which social network is most likely to get you laid?” and Facebook came in with 800 votes, 2nd to Myspace.)
5) Online Again, Offline Again. (There is an increasing number of online sites from offline communities like high school and university alumni groups. Such sites, like reunion.com or classmates.com. help you specify dating preferences and therefore helping you meet a possible partner online and offline.

Do you have anything to add that YOU think should be on this list?? Let me know by leaving a comment! :)
***This information came from this article: http://mashable.com/2008/09/11/online-dating-site-trends/. Credit given to them.