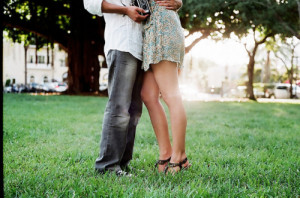 Nights like these my mind wanders about the relationship

The relationship that pushed me to the brink

My emotions have diminished but they are far from gone

My heart deepens at every sound that reminds me of you, your beauty, your laughter and your smile

As I listen to a song with no words my mind speaks loud and clear, letting my know that love is not only a verb but a process that goes on

Though I wish I could find an end to this song of no words because it has been in my head for far too long.

Trent Shelton, a motivational speaker presented the topic on men and women and the levels of respect.

Many would say the overall concept and definition of dating has definitely change and a lot of ways are not traditional. With the continuous  growth of technology and resources such as matchmakers, dating websites and online dating. With these changes or even when traditionally dating, people tend to fall in one type of category or are drawn to the same thing which can lead to the same results, disrespect being one of them.

Rather people want to believe it or not change can be intimidating which is why they usually go for what they know, it’s obtainable, predictable and safe. At times we rather be comfortable instead of accepting change  but expect different results . Instead of going after what your heart desires and wants try giving it something in needs. It may not be what your use and may be something different but at times change is needed to make things better.

Are you ready to accept change?

Pain is Pleasure and Pleasure is Pain

What happens when you are caught in a trap that you couldn’t even foresee. You are no longer free and full of life because you have become a distraction and not just any distraction but that of a person who was caught in bad place, in search of anything or something to fill this empty space.

The lines were crossed, you tried putting them in their place and sticking to your decision but slowly as water defeats an eroding rock, your tough exterior begins to wither away and you become very soft and open to different suggestions.

Tried to be a good confidant and friend to lift them up in the time of need and vulnerability but now who will care for you in this time of need. After your heart is tampered and toyed with, leaving your emotions lost and wandering, where do you turn. You weren’t just trapped into the idea of being a distraction but in the end your emotions may have gotten the best of you.

How important is the physicality in a relationship? Can it be the making or breaking point at times or is it somewhat unnoticed?

Physical intimacy is very important within a relationship. Sure it may need other aspects to aide and support the notion but let alone it is still important. For those who have been in relationships or commitments for years will explain how keeping the fire burning can be a very challenging situation at times but without it a glitch can arise within your relationship.

Most women are naturally in tune with their emotions leading them to be strong in that aspect; even thought they can be looked upon as emotional beings. This is why they look forward to the emotional bond being shared within a relationship but love to combine the emotional and the physical.  Men also can be very in tuned with their emotions but are not as easily shown like those of a woman. Men are truly physical beings but a man who can combined both aspects within a relationship will truly make his lady happy.

A relationship should entail many characteristics such as commitment, loyalty, trust but don’t forget the adventure, enjoyment, excitement and keeping things feeling fresh and new those are the key things to elongating a relationship. You wouldn’t let a rose bush just shrivel and die you care for it so it can blossom and grow.

In too deep from the jump

I have placed my all, my everything

Laid out for us both

If I’m diving in there is not coming back

Either we stay here together or I’ll disappear forever

No more breakups to makeups

I’m done with wanting and yearning

I love loving you, I love us but if it ever ends

There is no more love.

Most people that you know want a life partner but how will they know when they have found that special someone?

Do you feel being in love automatically presents you with your life partner  or is it a stepping stool to work on the idea? There is nothing wrong with wanting a successful relationship, having certain preferences or dealing with the likes and dislike of a relationship but by finding a life partner can bring a balance and compliments within it.

Is it the feeling, emotions and rush of excitement when you’re around them or the emptiness, loneliness and want, when you’re not around them. As most emotions are, love itself can easily be one of the most confusing concepts to deal with because there are so many variables. Falling in love or out of love is easier than one would think but finding someone to be with for the rest of your life takes more time than most think. There’s a difference between loving someone, being in love with them and choosing to spend the rest of your life with them because even marriages at times  are broken before death do you part.

Though fairy tales and love stories on the movie screens look and sound nice. there is no complete truth in how “true love” is found. True love has its ups and downs but within those challenges people are able to find what they are looking for in their significant others. Within the process of finding a life partner one should experience the journey to do so because it will not just appear in front of your eyes or drop from the sky. 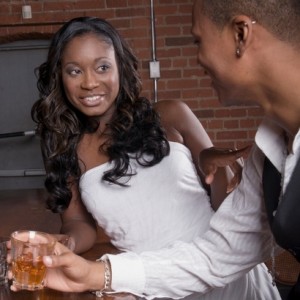