Have you ever seen 500 Days of Summer? You would think that is is just like another romantic comedy movie but right from the beginning, Tom (Joseph Gordon-Levitt) lets you know that this is not a love story. It is the complete opposite. The great thing about this movie is that it actually mirrors a real-life situation!

Tom has a crush on a coworker, Summer (played by Zooey Deschanel). They end up being a couple and there’s even a great dance sequence where Tom is so happy with his life. They start drifting apart and you begin to notice that Summer is pulling away from him, literally and metaphorically. Summer breaks it off with him and Tom pines for her, even months later. There’s this amazing scene (one of my personal favorites) where he is invited to a party of hers. It’s the same scene but one side is “Expectation” where he imagines that Summer greets him, they’re good friends, laughing and spending time with each other. Next to it is “Reality” where he is greeted by Summer but it turns awkward and he ends up spending more time alone rather than with Summer.

If you haven’t seen it yet, I recommend it! 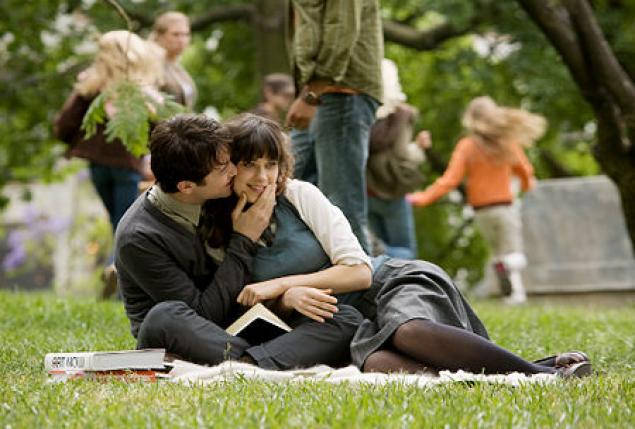