Two clients were asked: 10 Things that bother them About Being a Single Mom. 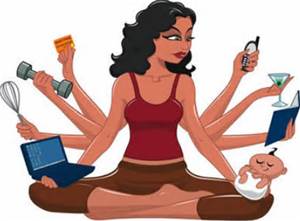 Single Mothers Talk About Being Every Woman.

In this interview, Debra & Crystal tell us openly and honestly about the 10 things that bother them the most about being single moms. They both are professional, attractive women that would like to one day share their life with someone special.

Although, we will not reveal, who stated each particular comment, we respect their candor, as their comments are based on their own experiences.

Debra revealed that “It’s not so much about the situation directly because I have made my peace with it, but mostly about the irrelevant people that make this journey most annoying.”

Crystal states, “I apologize in advance if this seems harsh and out of character for me, but I have been holding it in for a very long time and today seemed like a very good day to vent/provide a little commentary of my own.”

1. Dating (or considering dating) a man who thinks I will or should sleep with him just because I’m a single mom – This mentality is the very reason it’s important to be selective about whom you date. After a hearing this conveyed (in so many words) one too many times I stopped dating all together. I took a look at myself to see what kind of vibes I was sending out. After checking myself I decided to test the waters again. I still encountered a few jerks, but overall things improved because I raised my standards by refusing to speak further with any man that talked about or focused on what he could do for me sexually or talked about his past exploits in the first conversation; even under the guise of “just joking”. Whatever!

2. The disbelief when people find out I’m an unmarried mother who is successful and actually happy – This is really funny, but kind of sad too. Most people have believed the lie that all single moms are lazy, depressed, welfare mothers. If she’s not, then she can only have a job at McDonald’s, a gas station, or some retail store. The idea that single moms don’t go to college because they got knocked up in high school and never finished is very one dimensional. Despite being an unmarried mother/divorcee/widow, most are still very determined to be successful and have the good life for themselves and their children. So I say to the unbelievers, “get over it”, and move out of the way of that single mom who’s doing her thing.

3. Married women who tell me I’m lucky to be single and don’t have to deal with the headache of being married – This has to be one of the most irritating things I hear. Again, I try to be patient but I just want to shake them. Too many fail to understand the power she has to create the kind of loving, responsive husband on the planet. Men are not that complicated (Thanks T.). Most just want to be appreciated and feel significant in your life. Unfortunately the demanding, needy wives get nothing but grief because they haven’t learned how to make the needs of her man a priority. So I listen to this and say to myself, “If you only knew, I’d trade places with you in a heartbeat”.

4. Doing it all with few breaks or time to refresh – I’m really good at doing it all and I probably make it look too easy, but after a while I need a break to refresh and renew my body and mind. Fortunately I have great friends and family who live far enough away to send the kids off for a week or the summer.

5. Smug married moms who think I’m after their husbands – I try to be patient about this because they have probably heard horror stories and the latest gossip about the single mom that stole her best friend’s, sisters, cousin’s, boyfriend’s momma’ husband. The hilarious part is the lady’s husband is probably overweight, lazy, and very unattractive. I think I can do MUCH better than that, LOL.

6. Listening to people say, “I can’t see how I do it all” – I believe everyone can rise to the occasion. Single parenting is no different. Some people are stronger than others and can handle the stress better. The single mom life is not something I dreamed of living one day, but this is where my choices led me so I suck it up and do it all with very little help.

7. Ignorant men who assume I make my money from being a stripper – This is a biggie for me. Again this is ignorance at its finest. Too many movies and HBO documentaries I suppose. There are probably a thimble-full of single moms who strip for a living but the entire demographic gets the label. Ummmm…think again genius.

8. The uncomfortable silence in the air after I mention I am a single mom during an otherwise lovely conversation with someone I’ve just met – Why is my marital status such an issue? Instead of asking me a few intelligent questions, automatic conclusions seem to be drawn about who I am, my character, etc. Most annoying.

9. Very little adult conversation – It’s nice to talk to people over the age of 30 but often it’s a very long time between really good conversations. That’s an irritating perk of single motherhood.

10. Encountering people who think their pity for me is going to somehow make my life better – Really?!?!? I don’t need pity and I don’t ask for it. I can do that all by myself. What I want it someone to mentor me and show me how to make a million in the next two years.